Police reachedÂ Hamlet and Palmer intersection a little after 5 PM following a report about street accident and injury yesterday. Two vehicles were involved in the accident, which onlookers and driver of the second vehicle claim happened as a result of the Woman driver running the stop sign. While the woman says she stopped at the stop sign but did not see the other vehicle approaching, the circumstance and first person witness seem to imply a stop sign run issue. Â The woman was rushed to Massachusetts General Hospital in Boston but the driver of the second damaged car reported to the police that he was all right. Both the vehicles involved in the accident had to be towed away.

Arlington Police and residents request drivers to be alert while driving and strictly adhere to the traffic rules. It is in the best interest of the society. If you are not feeling well or if you think you are too drunk or not in a proper mental state to drive please call for a taxi / cab in Arlington, MA instead of risking your life and life of others on the road. 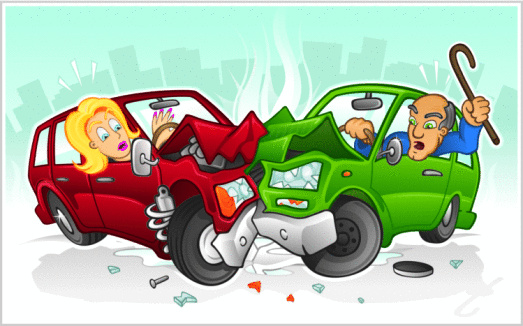