Jason Russell house is one of the greatest evidence of Revolutionary War in 1775. The house witnesses the bloodiest fight on the first day of the Battle of Lexington and Concord. The house is managed as a historical museum and was purchased by Arlington Historical society in 1923.
The house primarily featured two rooms and two rooms were added later to the site. The furnishing in the house dates back to 18th and 19th century. Most of the furniture belongs to Russell family who owned the house till 1923. The reference number of the house is 74000363.
The Jason Russell House features a beautiful garden area which served many purposes of Russell family. They planted herbs for cooking, dyeing and many medicinal purposes. The garden is now protected and developed by dedicated Arlington Garden Club volunteers. 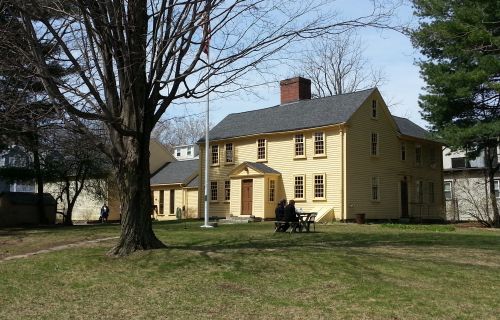